“Death to fascism, freedom to the people.” This Yugoslav Partisan motto expresses the idea of the 1930s popular front at its most unflinching and defiant. It is one of the inspirations for the ZIP group’s new work for steirischer herbst, a sculpture on the former Hotel International, part of a larger ensemble of trade union and workers’ movement-related infrastructure built between 1926 and 1930. The figure astride this building is itself a daring remix of socialist history. One of its upheld arms carries a red star like a Soviet-era Aurora statue in the artists’ native Krasnodar in the south of Russia, whose pedestal once featured a slogan reading “Power to the Soviets! Peace for the People!” That slogan has since fallen off, but ZIP reimagines it with the Yugoslav anti-fascist motto, adding new energy to a tired motif. It became iconic after the 1942 execution of Partisan Stjepan Filipović, who defiantly thrust both fists into the air shouting those words just as the rope was being put around his neck by the Nazi occupiers. A photo immortalized that moment, and the slogan itself became a call-and-response greeting, used throughout the war and shortly thereafter. After World War II a large statue was erected to commemorate Filipović’s gesture, depicting two fists raised into the air. ZIP’s project repeats this stance in the form of a scaffold, reminiscent of constructivist-era propaganda platforms. The figure’s hands are not empty, unlike Filipović’s: one holds a star like Aurora, the other a Kalashnikov. Its eyes and Filipović’s fighting words light up red each evening to chase the fascists away.

Commissioned and produced by steirischer herbst 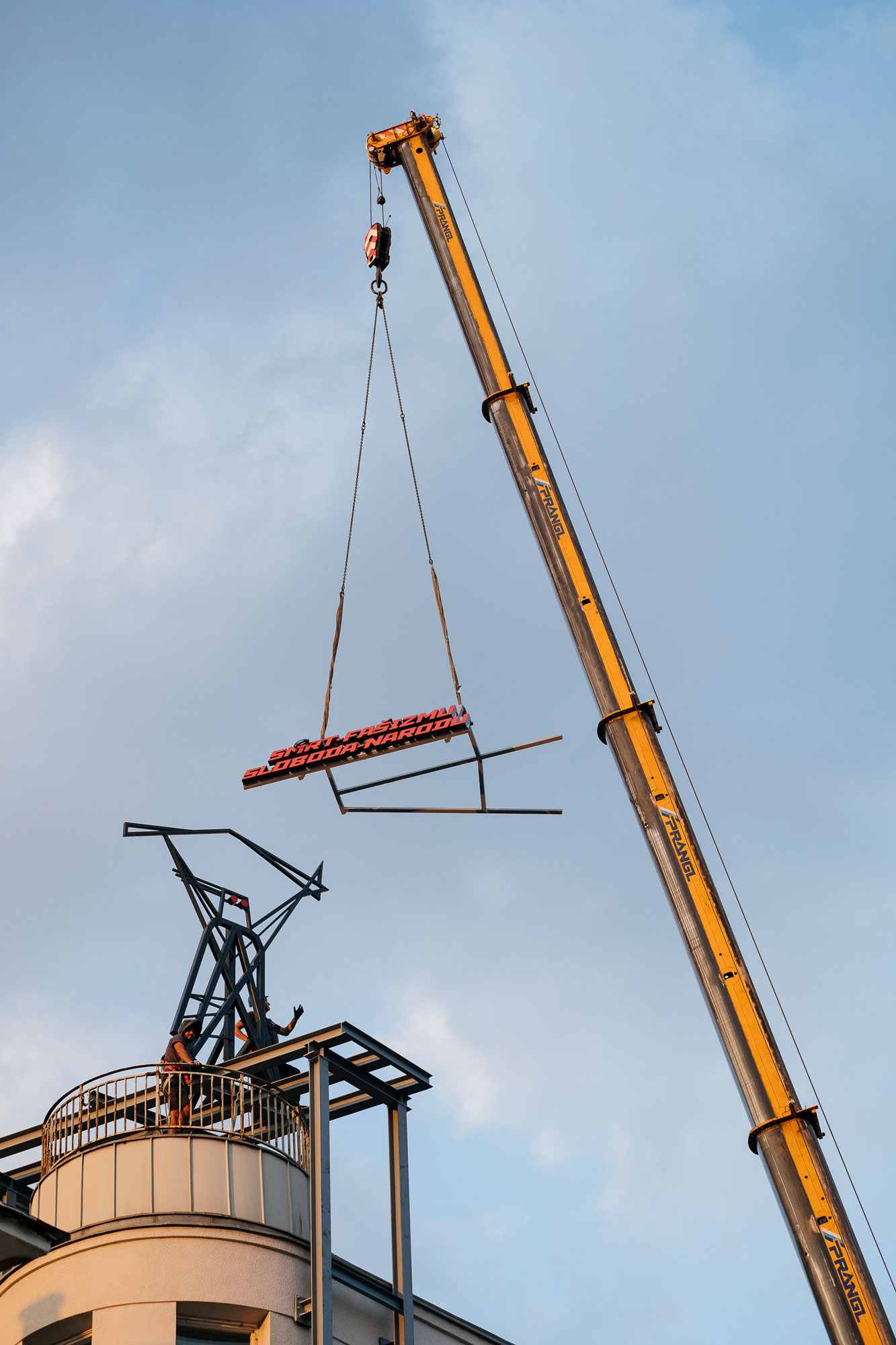 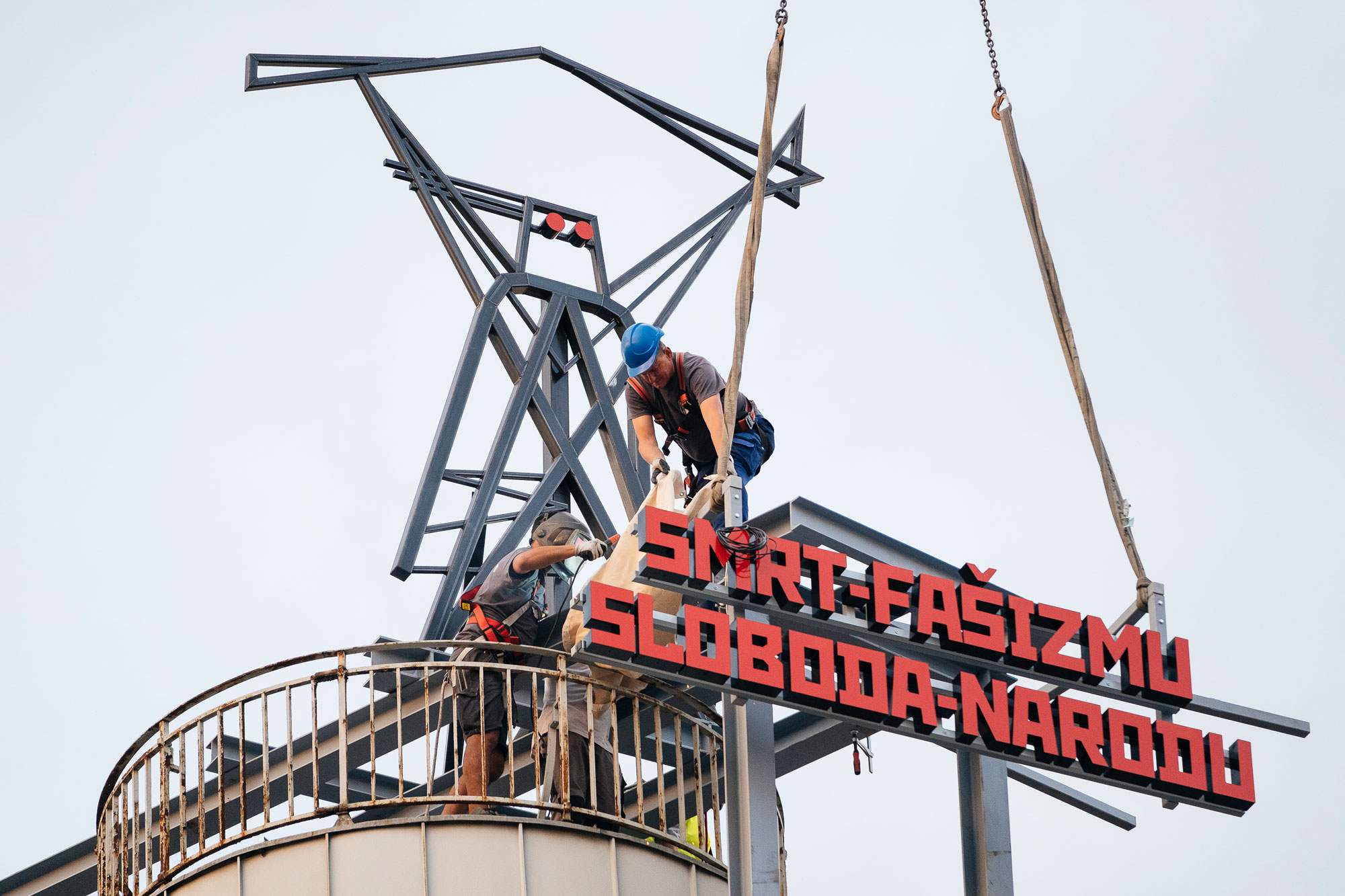 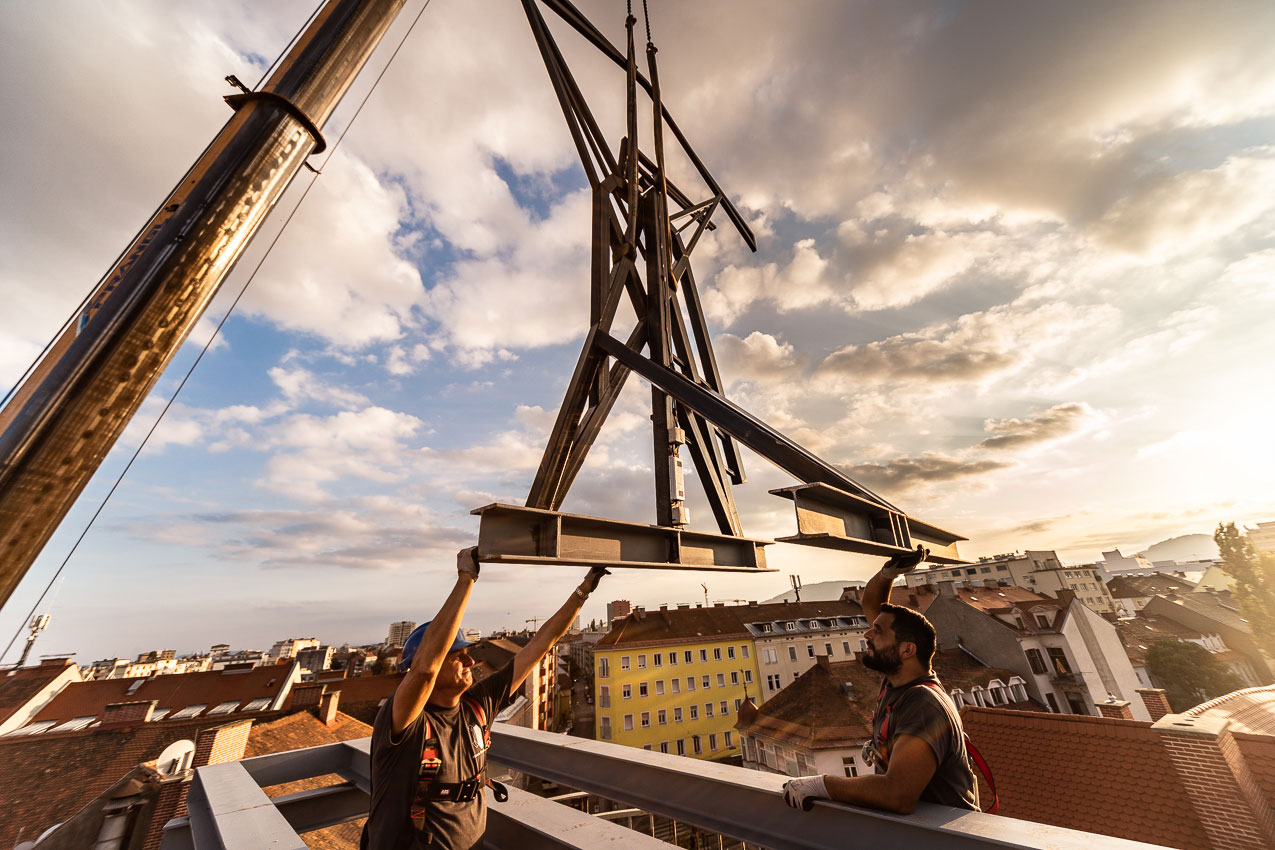 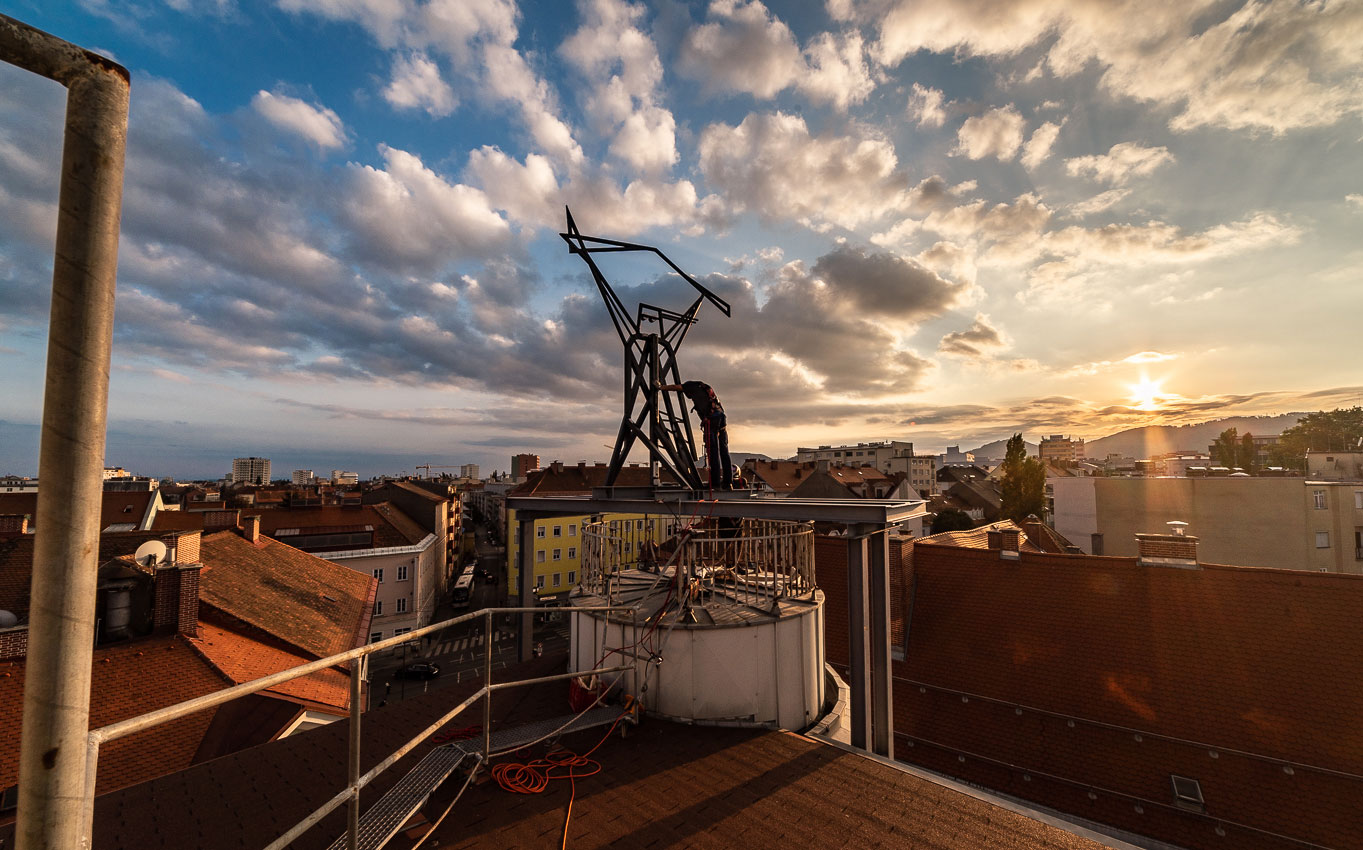 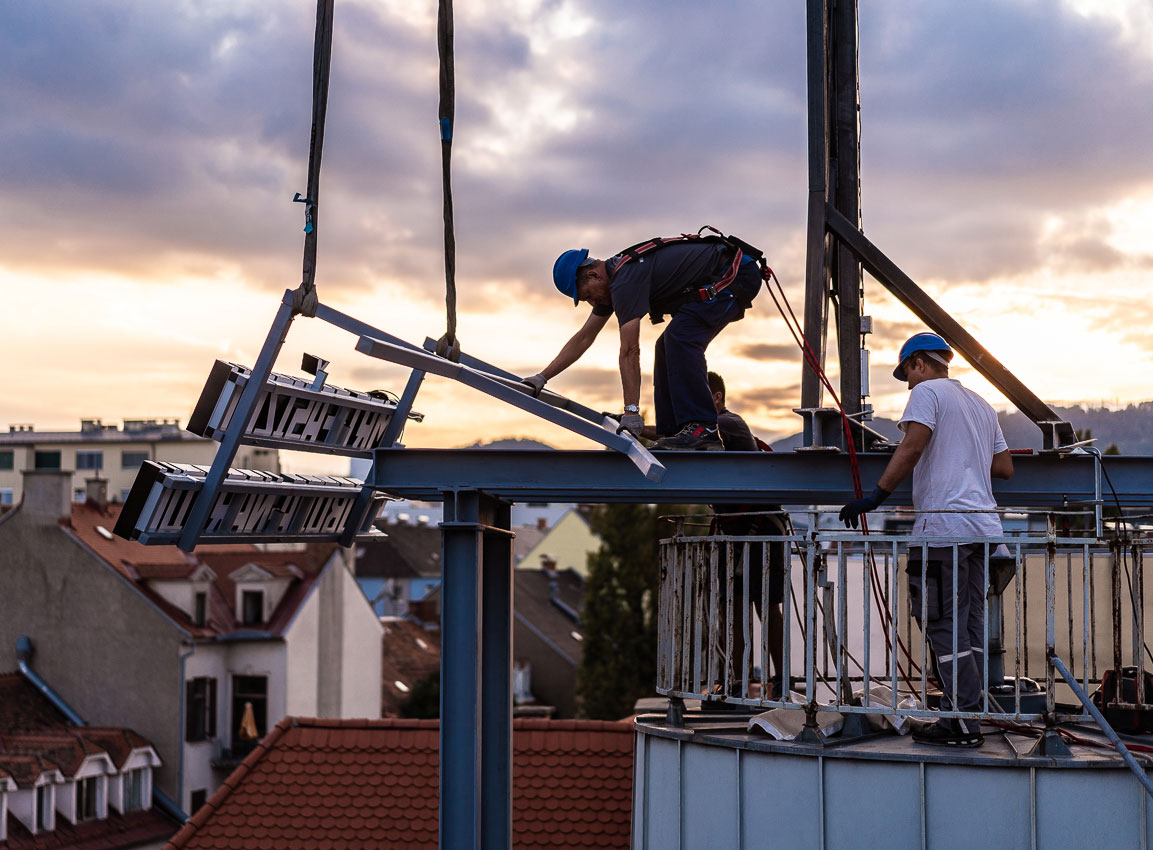 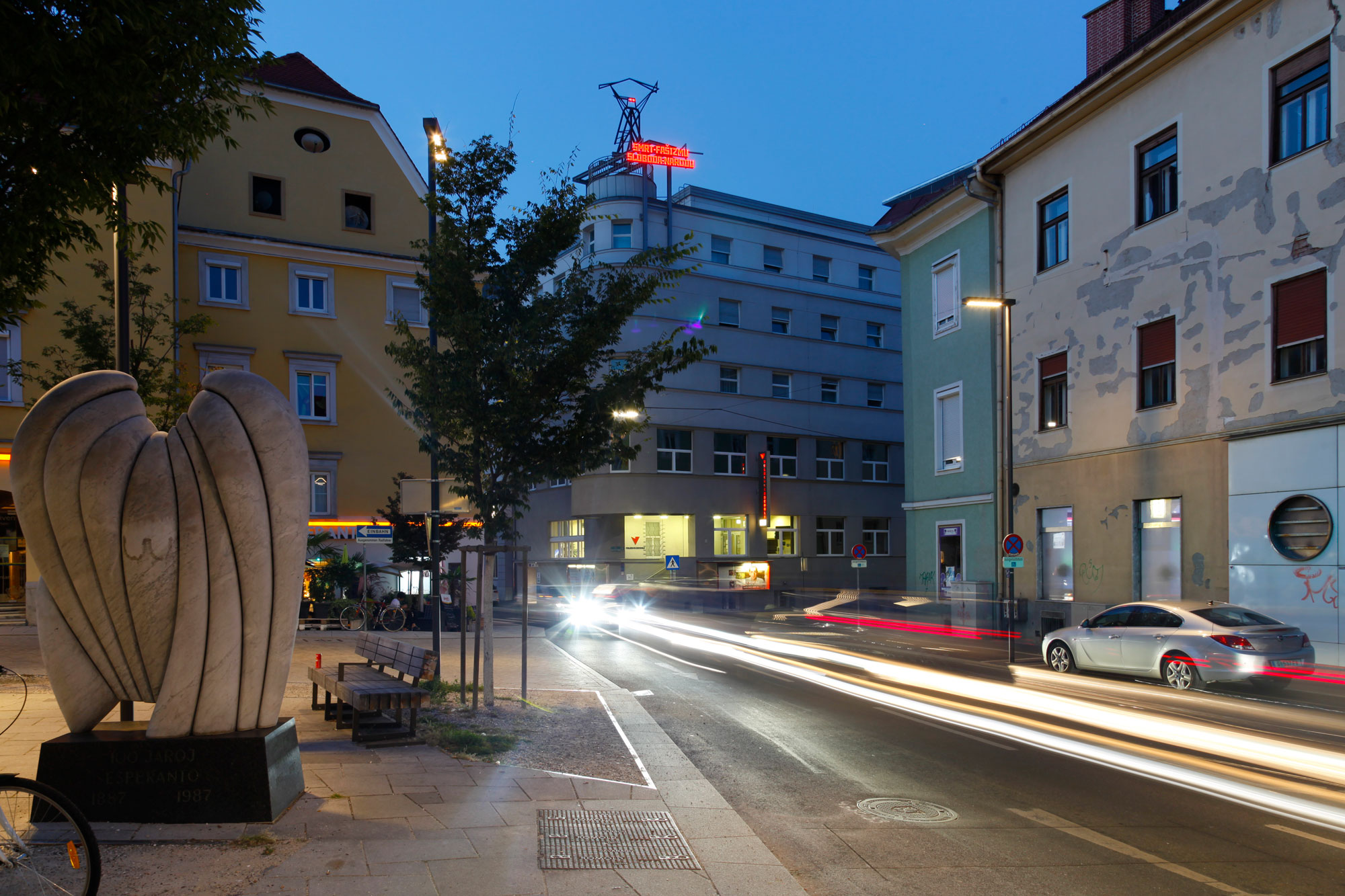 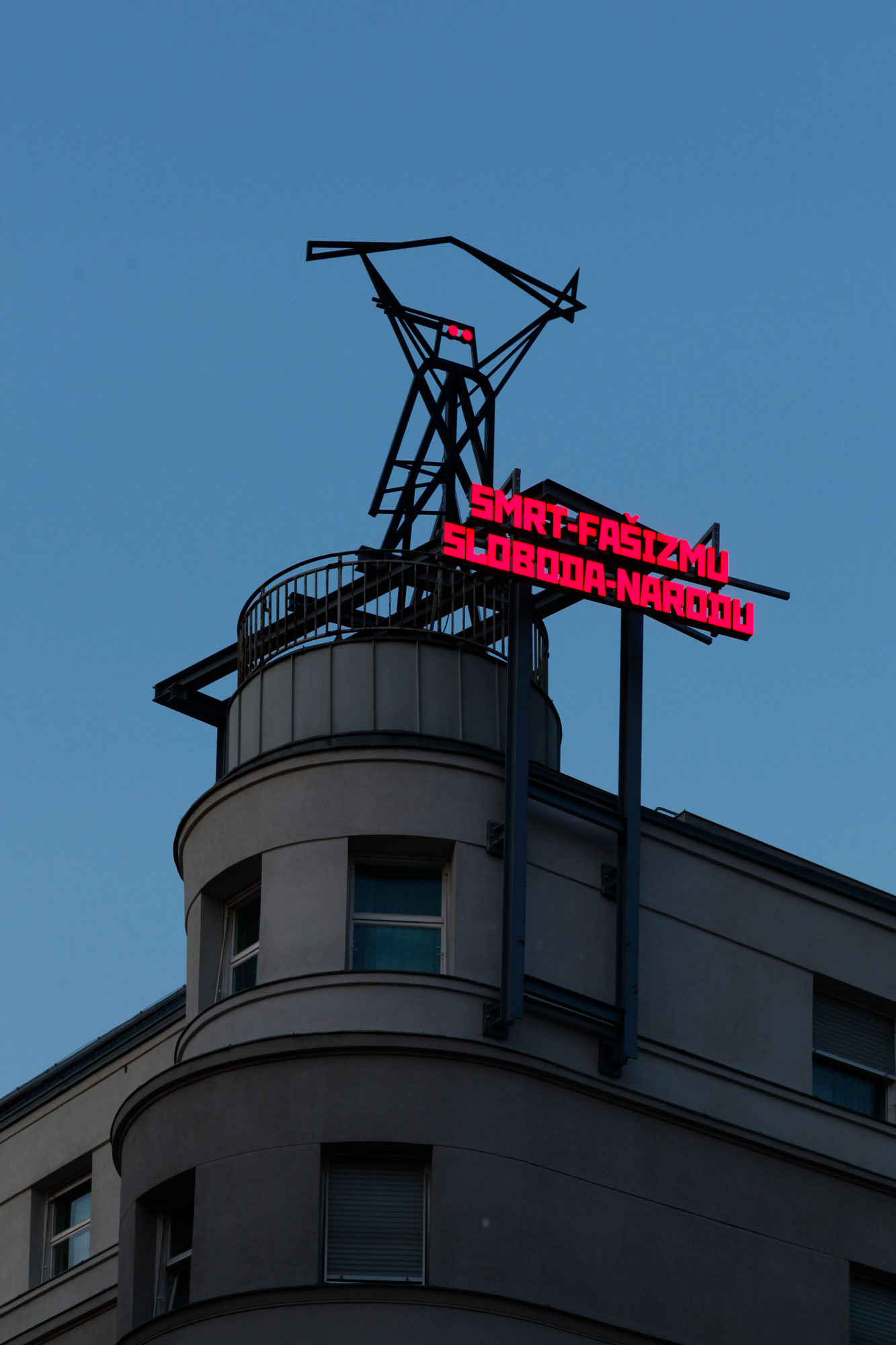 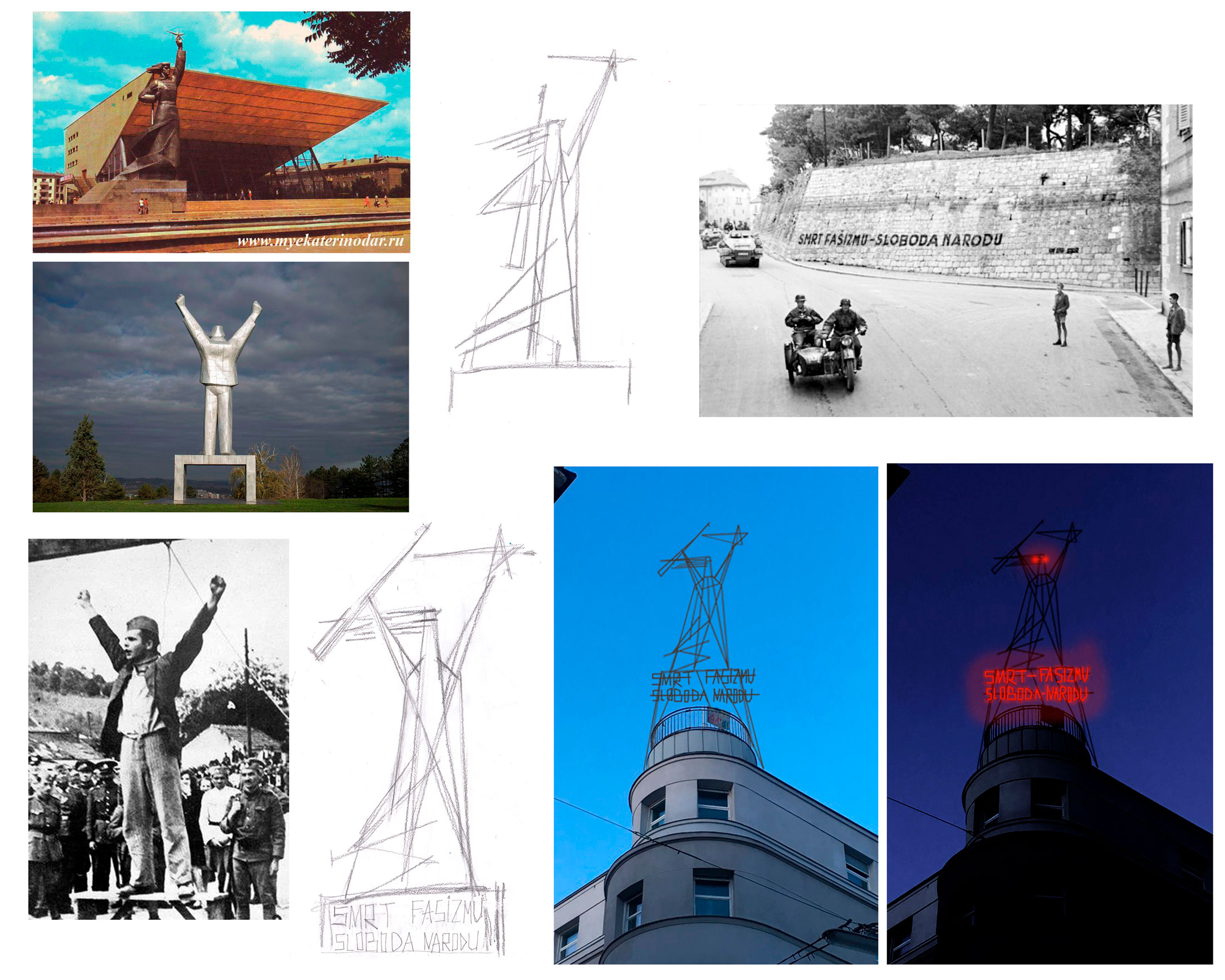